Today is the 68th anniversary of D-Day.  Please remember the sacrifices of those brave men who fought and died to liberate Europe and the world from the horrors of Hitler and the Nazis (who were left wing socialists, btw).  Pray for their memories and their sacrifice and if you know one, thank him.  Below is the annual D-Day posting from one of my favorite blogs for you to read and remember these brave men.  WHN and Dad always watch "The Longest Day", and she weeps during the St Mere Eglise scenes and the scenes of the beach landings. 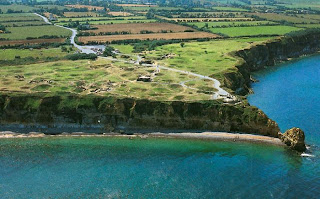 Every year, V for Victory! commemorates the anniversary of the Longest Day: D-Day, the Normandy invasion.  It is necessary to keep alive the memory of the men who sacrificed so much to fight evil, especially now that evil threatens to engulf us once again, this time from within.
Herewith a digest of classic D-Day posts:
FDR's radio address to the nation on June 6, 1944
Eisenhower's D-Day address to the Allied Expeditionary Force
President Reagan on the 40th anniversary of D-Day
The Great Signal: Verlaine's "Chanson de l'Automne"
President Sarkozy thanks America for liberating France in 1944
Our Lady of the Paratroopers
Posted by Agnes B. Bullock at 10:52:00 AM

Email ThisBlogThis!Share to TwitterShare to FacebookShare to Pinterest
Labels: D-Day, Our Troops, V for Victory, WWII

Brave men & women indeed. I haven't heard that the Nazi's were left wing socialists before. Whatever next? Attila the Hun was a misunderstood pacifist?!! Deccy x

I thought that everyone knew that about Attila! After all, the rotten Romans held him hostage for years as a child, which made him hate them so much that he invaded Italy in the 5th century AD, and only the intercession of the Pope, St Leo the Great, saved Rome from being sacked by Attila and his Huns Army!

Thank you for reminding us of the importance of this day!

We always appreciate those who fight for our country. 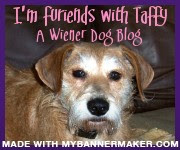