No Sheeples Here: Send A T-Shirt And Send A Message (Let’s Make This Go Viral)

No Sheeples Here: Send A T-Shirt And Send A Message (Let’s Make This Go Viral) 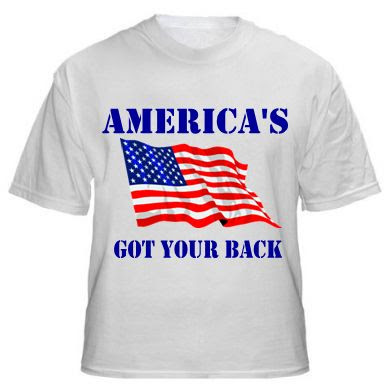 Tim, of Left Coast Rebel, contacted me via email with a request to make an idea go viral in support of the five kids who were sent home because they chose to wear T-shirts that depicted the American flag. The idea is the brainchild of Chris, the proprietor of My Thoughts on Freedom. I’m supporting the effort and I hope you will too.
If you own a blog, please repost this on your site and invite your readers to send T-shirts to the patriotic kids who stood up for America to let them know that we’ve got their backs.

America is under attack. Our history, our culture and our way of life has been assailed by forces from within to the point that if you celebrate America and what it stands for, you are called a racist, a Nazi or a tea bagger.

The latest assault on America came last week when five high school students in California were sent home for the day because they chose to be patriotic and wore T-shirts depicting the American flag on Cinco de Mayo. This act of patriotism was deemed incendiary by one school official and offensive and disrespectful by students of Mexican descent who claimed that this was their day to celebrate Mexico.

This cannot be tolerated. Even though the school's principal has since apologized, that does not begin to address the issue which is this is America and every day we are a free nation is a cause to celebrate.

To this end, we need to band together to show the anti-America crowd that we will not accept these assaults on free speech and patriotism. We also need to show, not only these five students but, students across the country that they should not be ashamed or fearful of showing their pride in America at any time.

Please show your solidarity and send a flag adorned T-shirt or any other representation of the flag to:
Flags for Freedom
c/o Live Oak High School
1505 East Main Ave.
Morgan Hill CA 95037
Let the kids know that America’s got their back.
Read more: http://nosheepleshere.blogspot.com/2010/05/send-t-shirt-and-send-message-lets-make.html#ixzz0ncfiGh2x
Posted by Agnes B. Bullock at 7:20:00 AM