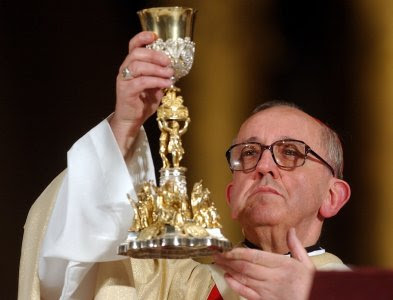 We just saw the news and he is a Jesuit? Thanks for all the info. Have a wonderful Wednesday.
Best wishes Molly

At least we have someone in charge now. I enjoyed watching all the festivities.

I loved what Kim said about you having an 'in' with the Pope... :) I'm glad that they found someone who will continue the loving work of the church.