Our dear friend Molly the Wally!

We, the Dachsies With Moxie, as well as Blogville, have a great furiend over in England- Molly the Wally!  Yesterday, she had the bestest post ever- all about dachshunds!  Puddles was involved, as a model, so you know how good the post was!  We took the liberty of adding the link to our blog here and cut and pasted the post for your reading pleasure.  Please take the time and go say hello to this great furiend of ours- her blog is one of our favorites and a daily must read! 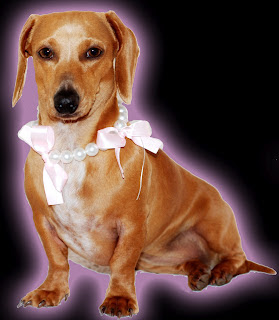 The Dachshund’s a dog of German descent,
Whose tail never knew where his front end went?
1 They say word ‘Dachshund’ means badger dog as Dachshunds were originally bred to hunt badgers in Germany. This is not true, the Dachshund is German for dat hound. The Dat-hund is called dat hound because it is just that, dat hound. The breed is sometimes called a dash-hound due to their ability to dash everywhere, particularly when some food may have been dropped. They are also called Weiner dogs due to the fact that they wee and Doxie which is German for doggy. They should never be called a hotdog as A/ they are not hot (temperature wise) and B/ they do not fit in a bun but they are a Hot Dog. We hope we have now have put you straight about the name Dat Hound!
2 Dachshund are born speaking German. Quickly they grow up to be bi-lingual. The first word you must learn is the word nein. Nein is a word most peeps think means no, however in the world of the Dat Hound it means nine. Nine is the doxies’ favourite number. Thus when you are reprimanding your doxie with the no word you are really offering your doglet nine pets on the head, nine treats, nine walkies etc etc. Therefore to avoid confusion you should never use the no/nein word to your weiner. Yes or Ya on the other hand is quite acceptable and will not result in any confusion whatsoever. Thus to re-cap never say no always say yes.
3 No to be confused with the word nein is the word mine which is a word dear to the heart of any Doxie. There are several simple rules which apply to the use of the word ‘mine’.
Dachshund Rules Or Ode To Reuben! 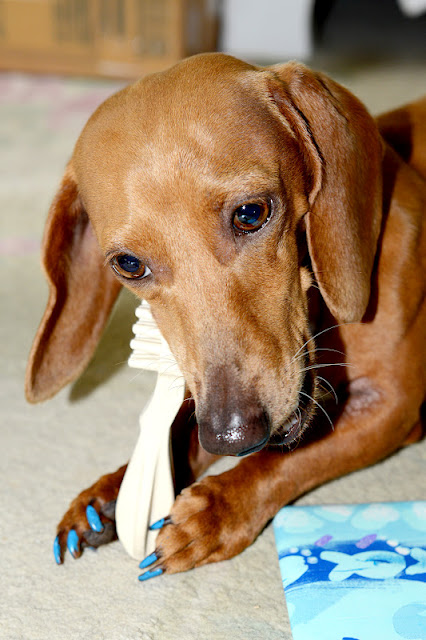 4 The term Napoleon Complex was not coined for General Bonaparte but for one of the dachshunds he owned on the island of Corsica, who he referred to as Napoleon. This miniature male was very dominant and picked unprovoked fights with large dogs and often winning.
This little dog with ten inch clearance,
Presents a ludicrous appearance,
His legs are bowed, his feet turn out,
He gives us much to laugh about.

He's two dogs long, a half dog high,
In spite of which he's quick and spry,
So at his funny build don't smirk,-
It's perfect for his special work.

For Dachshund plays a hero's role,
In going down a badger's hole,
A badger is a savage fighter,
A vicious scratcher and a biter.

And folks who call him ‘dash-hound’ show,
Their ignorance and do not know,
That dox-hoont is his proper name,
In Germany from whence he came.
5 Cleopatra, Plato, Picasso, Napoleon, Queen Victoria, Joan Crawford, Marlon Brando, Clark Gable, Errol Flynn, and John Wayne have all owned dachshunds. 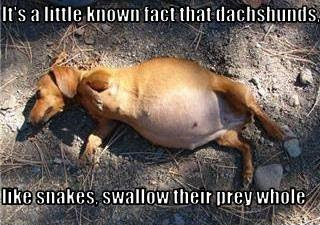 6 The dachshund has the senses of a skilled hunter. Their noses are able to pick scents that are up to a week old. The hearing of a dachshund is four times more sensitive than that of a human.
You might be a dachshund
if you’re tail is longer than you are tall,
if you’ve heard all the sausage dog jokes a 87 gazillion times each,
if every Halloween your human drags out the Hot Dog costume,
if you have trouble seeing over the grass if Mr.Mower is more than a couple of days late,
if you’d rather take a nap under your favorite blanket than harass the family cat,
if you’re constantly referred to by strangers as the ‘wiener dog’,
if you have trouble finding sweaters with sleeves that you don’t trip on while walking,
if you’d rather leave a special present for your human in the middle of the hallway than trample through wet cold grass in the morning,
if you think the world should revolve around you,
if the world actually does revolve around you! 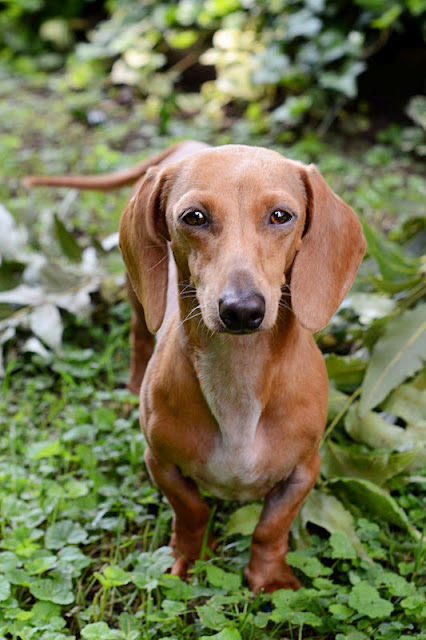 7 Dachshunds are ingenious and clever dogs that attempt to train their masters. They are naturally curious which makes them funny to observe and they are lively, energetic, and prone to loud barking. 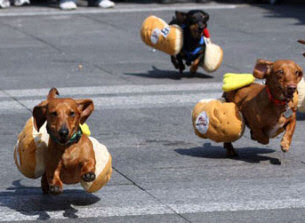 8 The Dachshund can be rash, bold, and impressively courageous. They can be seen constantly in a tireless pursuit of curiosities and misadventures. 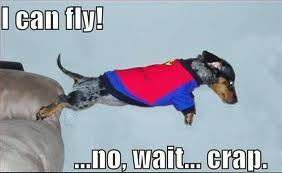 Life lessons learned from a Dachshund:

1. If you stare at someone long enough, eventually you'll get what you want.
2. Don't go out without ID.
3. Be direct with people; let them know exactly how you feel by piddling on their shoes.
4. Be aware of when to hold your tongue, and when to use it.
5. Leave room in your schedule for a good nap.
6. Always give people a friendly greeting. A cold nose in the crotch is most effective.
7. When you do something wrong, always take responsibility (as soon as you're dragged shamefully out from under the bed).
8. If it's not wet and sloppy, it's not a real kiss.


9 The Dachshund's defining feature is its long body and short legs. This breed comes in three varieties, including wirehaired, shorthaired and long haired. Dachshunds belong to the AKC hound group.
How Dachshunds and Men are the same:

1. Both take up too much space on the bed.
2. Both have irrational fears about vacuum cleaning.
3. Both mark their territory.
4. Neither tells you what's bothering them.
5. The smaller ones tend to be more nervous.
6. Both have an inordinate fascination with the remote control.
7. Neither does any dishes.
8. Both fart shamelessly.
9. Neither of them notice when you get your hair cut.
10. Both like dominance games.
11. Both are suspicious of the postman.
12. Neither understands what you see in cats.
10 Although loving and extremely loyal the stubborn sausage dog can sometimes be difficult to train. They tend to be a bit high-spirited, and they love to dig, so be sure to watch your garden for holes.
A smooth-haired Dachshund and a long-haired Dachshund were walking down the street. The smooth turned to the longhair and complained, “My life is such a mess. My owner is mean, my girlfriend is having an affair with a wirehair and I’m as nervous as a cat." “Why don’t you go talk it over with a psychiatrist?” asked the longhair. “I can’t,” replied the smooth. “I’m not allowed on the couch.” 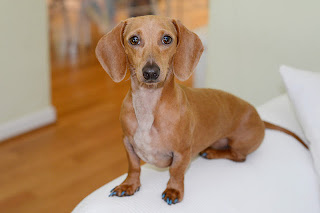 All pictures belong to our top model Puddles D Rainwater over at 3 Doxies.

Thank you Puddles for allowing us to show off all of your lovely gorgeousness!

The long and the short of it...don’t you just love them! 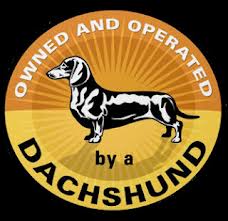 Email ThisBlogThis!Share to TwitterShare to FacebookShare to Pinterest
Labels: Molly the Wally

We love Molly and saw the post yesterday!! How exciting! Hope you are having a great weekend!

Molly the Wally rocks!! We love her - and you.

Love and licks, Winnie the Greyhound

OMG!
Have a great week!

No problem with you using it as you were kind enough to let Puddles model. I'll put it up on my side bar if that is OK with you. Have a great Monday.
Best wishes Molly