No Sheeples Here: WARNING: This Flag Is More Than A Piece Of Cloth

No Sheeples Here: WARNING: This Flag Is More Than A Piece Of Cloth 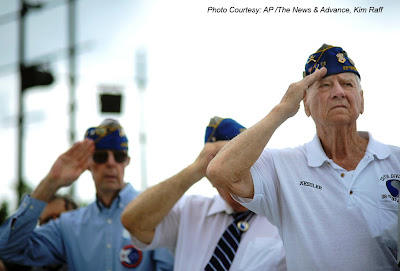 Call me a sentimental old fool. I happen to think that America’s history and the sacrifice of generations who fought for our flag and our country means more than just a piece of cloth at the end of a pole. It represents freedom and American ideals.
The American flag flies on the moon, hurtling out in space on a gravity-less lunar surface, planted there by astronauts Neil Armstrong and Buzz Aldrin. It flew at Ft. McHenry in 1814 and was the inspiration for Francis Scott Key’s immortal “Star Spangled Banner”. It was raised at great peril on Mount Suribachi in 1945 on the godforsaken island of Iwo Jima. It sits atop Mount Everest, placed there by American mountaineer Jim Whittaker in May of 1963. When our Olympians stand victoriously on the podium, Old Glory is raised high above their heads. The flag is how America signs her name. The flag is the emblem of America’s collective character.
There’s a commotion going on about Wilder Productions adding a warning label on its reprints of the United States Constitution, the Declaration of Independence, Common Sense, the Articles of Confederation and the Federalist Papers.
It reads, in part: “This book is a product of its time and does not reflect the same values as it would if it were written today. Parents might wish to discuss with their children how views on race, gender, sexuality, ethnicity and interpersonal relations have changed since this book was written before allowing them to read this classic work.”
Can someone please tell me why there must be a warning label on the only safeguard of our liberties? It was Franklin Delano Roosevelt who is credited with saying that “the United States Constitution has proved itself the most marvelously elastic compilation of rules of government ever written.”
As Flag Day, which is celebrated each June 14th approaches, let us remember the poignant words of John F. Kennedy, who on October 27, 1963 said, “A nation reveals itself not only by the men it produces, but also by the men it honors; the men it remembers.”
As long as older gentlemen stand ramrod straight to salute Old Glory; as long a brave young men go to fight a war on distant soil so that the enemy doesn’t fight us in our homeland and until I am no more, I will stand guard over liberty. Will you join me?
The next time you catch a glimpse of the moon, remember, there’s a flag up there.
Read more: http://nosheepleshere.blogspot.com/2010/06/warning-this-flag-is-more-than-piece-of.html#ixzz0qUlFNJBp
Posted by Agnes B. Bullock at 6:19:00 PM