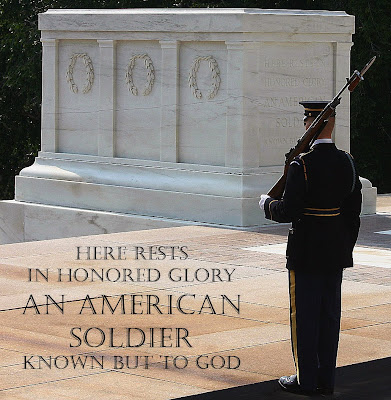 By Lt. Col. Oliver L. North, USMC (Ret.)
ARLINGTON NATIONAL CEMETERY, Va.—This is the place that receives the most attention on Memorial Day, though it is but one of 141 national cemeteries in the United States and twenty-four others located on foreign soil. Many of our countrymen will observe this "last Monday in May" holiday with travel, shopping and picnics. But those who take the time to visit one of these hallowed grounds will have an unforgettable experience.
These are the final resting places for more than three million Americans who served in our armed forces—as soldiers, sailors, airmen, Guardsmen and Marines—including the nearly 5,500 who have perished in Afghanistan and Iraq.
A visit to one of these quiet memorials is a tribute to those who made history by wearing our nation's uniform and taking up arms to preserve our liberty and free tens of millions of others from tyranny. In words written on stone markers, these places tell the story of who we are as a people.
Regardless of when they served, all interred in these cemeteries sacrificed the comforts of home and absented themselves from the warmth and affection of loved ones. Since 1776, more than 1.5 million Americans have lost their lives while in uniform.
At countless funerals and memorial services for those who lost their lives in the service of our country, I hear the question, "Why is such a good young person taken from us in the prime of life?" Plato, the Greek philosopher, apparently sought to resolve the issue by observing, "Only the dead have seen the end of war." I prefer to take my solace in the words of Jesus to the Apostle John: "Father, I will that those you have given me, be with me where I am."
My sojourns to this "Sacred Ground," as Tom Ruck calls our national cemeteries in the title of his magnificent book, remind me that among those here are veterans who served with my father and all of my uncles in the conflagration of World War II. Only a handful of those 16.5 million from that "greatest generation" remain. Others resting in these consecrated places were tested just five years later in our first fight against despotic communism—on the Korean Peninsula. They braved stifling heat, mind-numbing cold and an enemy that often outnumbered them ten to one.
Here are headstones of those who served in the decade between Korea and Vietnam. More than twelve million young Americans donned military uniforms in what was called "the cold war." It was only cold for those who didn't have to fight in it. They served on land, air and sea in lonely outposts, dusty camps, along barbed wire barriers in foreign lands, on guard against those who would have done us harm if they had the chance.
Between 1964 and 1975, more than seven million young Americans were committed to the bloody contest in Southeast Asia. The names of 58,267 who died from that fight are on the wall of the Vietnam War Memorial—some of them were my Marines and my brother's soldiers. Headstones in cemeteries all across this land testify to more of their selfless sacrifice—and serve as a reminder that the victory denied in that war should never happen again.
In the three-and-a-half decades since Vietnam, not a single year has passed without Americans in uniform being committed to hostile action somewhere around the globe—including Grenada, Beirut, Panama, the Balkans and Kuwait. We are not a warlike people. But for more than two centuries, ours has been the only nation on earth willing to consistently send its sons and daughters into harm's way—not for gold or oil or colonial conquest, but to offer others the hope of liberty.
Since Sept. 11th, that great legacy has been borne by volunteers serving in the shadows of the Hindu Kush, along the banks of the Tigris and Euphrates, in the Persian Gulf and on anti-piracy patrols in the Indian Ocean. These young Americans are engaged against a merciless enemy who has proven repeatedly that there is no atrocity beneath them—and that they will do whatever it takes to kill as many of our countrymen as possible.
Those now in uniform deserve our thanks, for no nation has ever had a better military force than the one we have today. And no accolade to those presently in our country's service is greater than honoring the veterans who preceded them on Memorial Day.
Copyright 2010, Creators Syndicate Inc.
Posted by Agnes B. Bullock at 8:08:00 AM